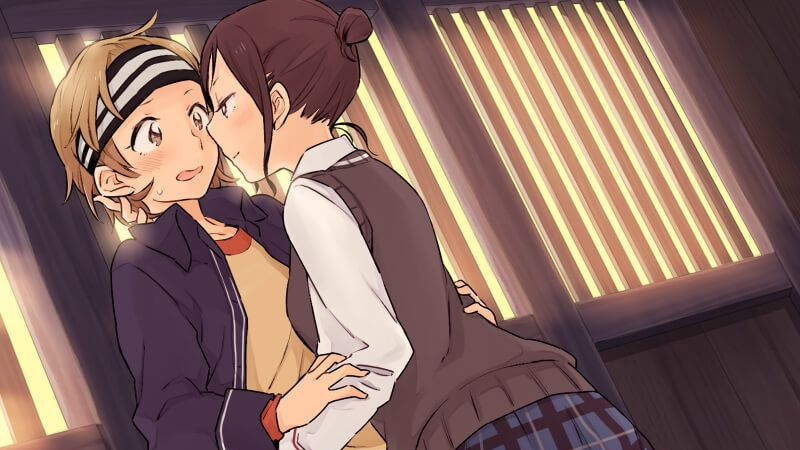 While I was dawdling around in Feedly the other night, I saw this article on Rock, Paper, Shotgun talking about how Valve is threatening certain visual novels with removal from the Steam platform unless they remove their “pornographic content”, despite many of them being prior approved by Valve at the time of launch and not even breaking the official policy on sexual content.

So I have some thoughts on this one, and the rabbit hole goes a little deep, so bear with me while I give you a little context.

Why I Will Not Play Most Visual Novels With Sexual Content

First off, I feel I should preface this post by stating that I don’t just not play visual novels with sexual content, I outright avoid them. This is not because I think they shouldn’t exist, it’s because I am somewhere on the gray/demi scale and it makes me feel incredibly uncomfortable. Incredibly. When these things are subtly implied or fade-to-black I can deal just fine, but frankly, when sex is shoved in my face like that, it really backs me into a corner. It’s pervasive and hard to avoid and for me, the visual novel sphere is definitely tough to gauge.

Of course, there are websites out there that have these things well tagged but if you’re going to play a game, having to go out of your way to check the content within is one heck of a nuisance when the publisher could just plop a note in the game description advising the level of sexual content within the game and be done with it. It doesn’t have to contain spoilers, but it would really go a long way. Not only does it solve the issue of minors gaining easy access to some of these titles if there are appropriate parental controls set up, but it gives those of us who wish/need to avoid the more extreme sexual content the information necessary.

But No, I Don’t Agree With This

I’m not deluded enough to think that this would 100% fix the problem, no. I mean as many have pointed out, there are games like The Witcher that go by untouched where some of these visual novels being threatened with removal don’t even breach Valve’s policy on the matter, and as Jim Sterling pointed out in his video, there are much, much worse games on the platform that don’t even run or just present stolen assets that get by scot-free when games that work just fine receive this kind of treatment. This is not right. Not to mention that this appears to be the result of a group of “online child safety” lobbyists who are the same kinds of people responsible for banning literature in various states across the US. It sets a dangerous precedent and one that we should all be concerned about, wherever we are in the world, and whatever type of media we consume.

As somebody who would rather avoid the more explicit sexual content in my video games, I would much rather have to juggle whether or not a game will be too much for me than see them removed entirely, and as much as I appreciate a little modesty (I absolutely went out of my way to reinstate the more modest collectible sex cards in the first Witcher game, thank you very much, that really should have been an option), I’m not even wishing they would cover up. Why?

The Importance of Exploring Sex In Video Games

Here’s the thing, where this content is damaging to me and likely others, for many more exploring sexuality openly without judgement is super important, particularly in sex positivity and LGBTQ+ circles, and to say that they need to remove it or be booted off of the biggest PC gaming platform around is nothing short of censorship. The real meaning of the word. It is absolutely possible to allow games with some sexual content on the platform because let’s be real here, excluding your HuniePop’s and Sakura franchise games, for most of these threatened titles the sex is a tiny part of the game, and in fact a couple of them are LGBTQ+ in focus so you know, that looks a little bit dodgy.

Would a “cleaner” version be nice? Absolutely. And I have endless respect for the publishers who make the efforts to do that. But it is not, and should not, be necessary where a clear warning would suffice.

Argent Games is a great example of this by the way and you should absolutely support them. Their yaoi visual novel Chess of Blades has both lewdlewd and purepure versions and I will love them forever for providing that choice.

The Kind Of Silver Lining

Thankfully, on a brighter note, Valve has backpeddled somewhat.

As in the example of Kindred Spirits on the Roof, a yuri romance visual novel described by reviewers as “sweet” and “cute” with some partial nudity, they were understandably upset to receive the message from Valve to modify or GTFO. They have since been told to disregard the previous statement and that “Kindred Spirits will be re-reviewed and we will be provided with specific feedback if there are concerns about the game’s content.” That isn’t entirely clear-cut, however. Will somebody play through the game to make sure it’s up to snuff? What if they decide that the game no longer holds up to Valve’s bizarre standards? Who even decides what is and isn’t appropriate and why?

Valve are in a position of great power with the Steam platform being the absolute monster that it is, and it feels to me as though they are at YouTube levels of cluelessness about how to handle the content available on their platform and I think we can sum all of this up with one succinct Jim Sterling quote:

“Fuck off! People can do what they want with their own selves, you fools.” – Jim Sterling, 2018

My thoughts on what happens next are pretty well epitomised in this tweet:

While the communication is appreciated, Valve should be working on detailing how exactly this happened, why it got as far as it did, and what it will do in the future to protect their business partners from undue stress and the fear of having their games removed unfairly.

We need to see Valve being transparent and not bending to lobbyist pressure. These are independent developers being targeted and that is particularly frightening, especially as they still don’t know what is going to happen. Most, if not all, of the threatened games had already made changes to the more pornographic content to ensure that they were suitable for the Steam platform, let’s hope that Valve recognises all of this.